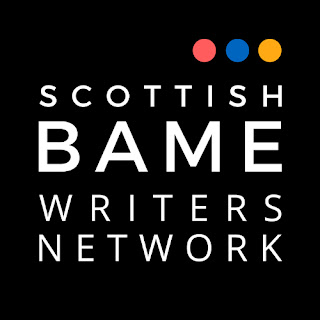 Can you tell us about the SBWN and how and why it was set up?

The Scottish BAME Writers Network was set up by two writers, Alycia Pirmohamed and Jay G Ying, to enable Scottish BAME writers to meet and support one another. It started with a Facebook group and regular writing group, which has evolved over time, and has been an online group lately.

Everything was volunteer run in the beginning, but 2020 has been a pilot year of growth for SBWN, thanks to Creative Scotland funding to pay a committee to run a regular programme of workshops, blogs and development opportunities for writers, as well as partnerships with other organisations in the literary sector.

The current committee are Alycia and myself (Dean Atta) as Co-directors, Jeda Pearl Lewis and Andrés N Ordorica as Programme Managers, and our newest addition, Bhavika Govil, joining in September as Administration & Media Support. Everyone on the committee is a writer with different expertise, interests and passions.

What is your mission and has this mission changed since you launched in 2018?

SBWN is an advocacy group that aims to connect Scottish BAME writers with the wider literary sector in Scotland. What was great about joining as Co-director is that there was already such a clear mission and values statements. These were part of the reason I applied for the position. Many literary organisations have been sitting on the fence around a lot of issues, but SBWN make it clear where we stand on equality and inclusion. That being said, we are open to feedback, and always striving to do better.

What development opportunities are currently available for your children's writers?

Children's writer Maise Chan will be leading a workshop on Writing for Children (Middle Grade, 8-12 yrs) on Saturday 20th September, 10 am - 12 pm.

There should be more, now I’m on the committee, but we’re yet to announce our forthcoming programme of blogs and workshops. We have regular call outs to our network for pitches for blogs they’d like to write or workshops they’d like to facilitate. These are all paid opportunities for the writer or facilitator. This way, we provide paid opportunities directly to our network, including those without a publishing track record or who may be delivering a workshop for the first time.

We also share opportunities from other organisation such as Hachette Children’s Group virtual picture book open days and a recent call for submissions on the theme of Black Boy Joy. Children’s writer Maisie Chan is an active member of our network, and she often shares opportunities specific to children’s writing.

Tell us more about your recent masterclass on YA lit?

My main aim with the masterclass was to give people an opportunity to write a sample of Young Adult literature but, before the writing exercise, I talked through broad definitions of YA, and my experience of writing it for the first time, some of the rules, how they can be broken, and how playful the genre is. I was also very frank with the group about how white the publishing industry is, and some of the challenges that may pose for any BAME writer.

We also hosted a Silly Zines workshop with Olivia Hicks recently, which I found really inspiring, as zines feature in the new YA book I'm currently writing. Zines are not necessarily a YA form, but there is definitely some crossover appeal. In Glasgow, we’re particularly lucky to have the amazing Glasgow Zine Library, as well as independent publishing house BHP Comics.

How important is networking in Scotland?

Although the population of Scotland is roughly the same as London, we are much more spread out, not just in the big cities like Edinburgh and Glasgow, we’re in the Highlands and on islands, so coming together takes much more organisation. You’re not necessarily going to be bumping into or meeting up with other writers on a regular basis.

What would you like to see from children's publishing in Scotland?

Scotland-specific prizes are incredibly important for children’s writers here, for example The Kelpies Prizes for Writing and Illustration, and the Children’s and YA category of Scottish Book Trust’s New Writers Awards (of which I am a judge this year). I think it’s encouraging to writers entering to know their work will be judged by people who are from or based here.

Although Scotland is majority white Scottish, the Asian population is the largest minority ethnic group in Scotland, followed by Black and Mixed. I’d like to see more writers of colour publishing books from a Scottish perspective, and bilingual and multilingual books that includes Scots and other languages.

What’s your favourite literature-linked thing to do or place to go in Scotland?

Outside of SBWN events, I have three:

Popular posts from this blog 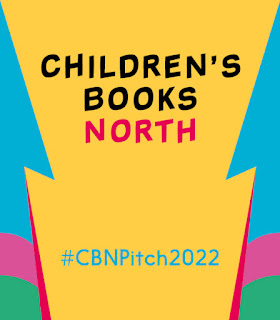 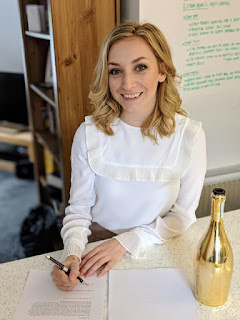 NORTHERN HIGHLIGHT  Naomi Gibson Why did you become a writer? I don't remember "becoming" a writer as I've always kind of written, but I did grow up without a TV and so was always surrounded by books. I read A LOT when I was a kid. Writing my own book was probably inevitable now that I think about it. I started to take writing seriously about five years ago when I enrolled in writing classes at a local college. It taught me all the rules, many of which I've joyously broken in my debut, EVERY LINE OF YOU. Published by Chicken House  Tell us about where you live. I've just moved from Warrington in Cheshire to Glasgow in Scotland. It's so different here, but I'm loving it. I haven't been able to explore the city as much as I would have liked, but there are lots of gorgeous walks and everyone is so friendly. Where do you write?  I write at home. I've always wanted to be one of those people who writes in cafes, but I can't concentrate. I need
Read more 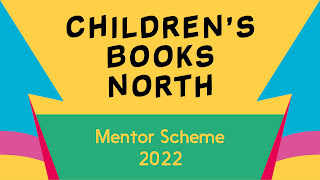 CHILDREN'S BOOKS NORTH 2022 MENTOR SCHEME  We are delighted to announce that the Children's Books North Mentor Scheme is returning for 2022. It is now two years since we launched Children's Books North, with a key aim of increasing regional diversity in the children’s book industry. The 2021 mentor scheme saw CBN co-founders - Emma, Liz and Tilda - support aspiring publishing professionals Emma Toft, Fatima Shazad and Sarah Nuttall as CBN's first cohort of mentees.   Emma Toft      Fatima Shazad   Sarah Nuttall ‘The CBN mentor scheme was an invaluable experience for me both professionally and personally. With the help of my mentor, Tilda, I was able to work on and improve my application and interview skills as well as improving my social media presence. She was also a great help in introducing me to different publishing professionals to learn more about specific areas of the industry.’ Emma Toft  ‘This mentoring scheme rea
Read more